As an early Gmail user, I was fortunate enough to grab a short, common email address.

There's a downside to having a common name email address.

A lot of Carters think that my email address is theirs.

And they flood my inbox non-stop.

I get messages from their insurance agents. Their MLMs. Their doctors. Their alumni associations. I try to reply when possible, but most emails aren’t built for communication. My replies probably aren’t read, and most just trigger a bounceback.

Which begs a terribly obvious question...

Why don’t most organizations have someone tasked with keeping an eye on emails?

Think of it this way…

An 800 number given to customers. When they call the number, the phone is picked up, but no one ever says anything to the customer. Eventually they hang up and are left to stew with the original question or concern they had.

That’s what ignoring replies to email is akin to. Same thing with ignoring social media comments.

Why does the no-reply@_____.com address even exist?

After all, we know most customers don’t voice their complaints, they just choose to stop being customers.

Give customers a voice. Make every channel a listening channel. Be different from the crowd and encourage people to reply.

Here’s an Example of How to Encourage a Reply I get the HR Dive email newsletter every day, and it almost always includes an invitation from the editor to reply and share some bit of information with her.

Yes, there’s going to be a lot of goofy responses. Some of them will be a waste of her time.

By opening invitations to respond, you’re going to deal with the same crowd that forwards chain emails.

Buried in those responses will be legitimate feedback and complaints, as well as positive responses.

All of it is valuable.

the customer isn’t always right, but they always deserve to be heard.

So have someone on your service team receive email responses. Most people will be excited to get a response (being heard is all most people want anyway). Best case scenario is you create some highly-engaged loyalists.

There really isn’t a worst-case scenario, either. Listening to customers and encouraging feedback is a no-loss proposition. As long as you take their feedback into consideration and tell them you're doing so, you’ll do well by them. 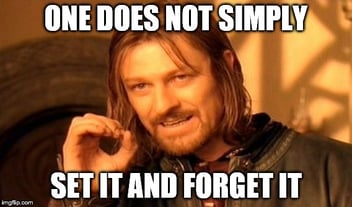 The High Pressure (and Amazing Benefits) of...

The following is a true story: In a previous life, before my days at Access Development, I...

We spend the first months of every year building out our grand plans and schemes for all of the... 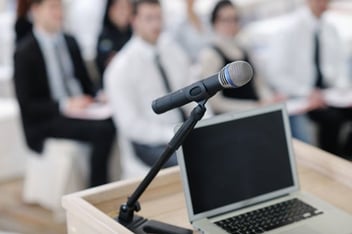 3 Ways to Empower the Voice of the Customer at...