The Dangers of Overthinking Loyalty Programs 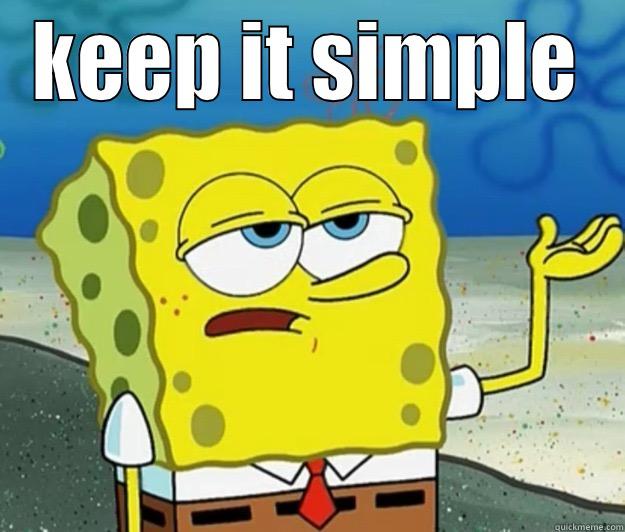 I don't just work for a company that operates in the loyalty program space, I'm a huge fan of them myself. I'm attracted to the idea of getting something - points, a "punch," anything - for spending my dollars with a company. Like most people (78% in fact), I'm more likely to pull the trigger on a purchase if I know it'll be recognized somehow.

I'm not in the majority, however, when it comes to redeeming points (just 35% of members redeem points, according to Forrester). I like something for my points, even if it's just a branded beer koozie.

So it was that I found myself on the phone with a national retailer that operates a fairly prominent points program. Looking through their online portal, I noticed I had accumulated enough points to acquire a $50 gift card. Except, the site wouldn't let me redeem my points for that reward. According to the rep on the phone, it seems some of the points I had accumulated during a recent promotion weren't eligible toward the gift card.

Huh? I didn't know rules like that existed, but she told me it was all right there in the fine print of that particular promotion, naturally.

She went on to explain that I could redeem most of my points for a $35 gift card and my "promotional" points for a $5 card, putting me just $10 away from the $50 card I had fallen in love with. Conversely, if I spent a couple hundred bucks in-store that week I could earn points that would actually count toward the $50.

...bread and water confer the highest possible pleasure when they are brought to hungry lips.

I'm not sure what Epicurus would say about rewards and incentives, but I would guess it would be something like that quote. Most people aren't looking for too much from rewards programs, just a way to get some sort of recognition for all the money they've spent with a brand. Brands that create complicated earn-and-burn schemes are possibly overcomplicating things, or looking to appeal to their most-obsessive earners (while also pocketing a few extra bucks through breakage).

Those programs are heading in the wrong direction. 55% see "ease of earning rewards" as the most desirable trait in loyalty programs, yet only 35% of members actually redeem their points (according to Colloquy, that's just $16 billion of the $48 billion worth of points distributed each year).

There is plenty of room for cool promotions and gamification (as well as reasonable restrictions) in loyalty and rewards programs, but they must still result in the customer walking away feeling like they've won. That means the mechanism must deliver personal, relevant value back to them with little effort.

The End of a Relationship

The path for loyalty programs to earn customer engagement is fairly simple: like water for someone who's thirsty, know what your customers want, and give it to them.

To wrap up my horror story that started this post, I wound up cashing in my points for a smaller gift card and some crappy toys for my kids. I decided it wasn't worth it for me to continue shopping there, but I did keep my rewards account open with the intention of cashing out my leftover points during a future promotion.

A couple of months passed before I logged in again, only to find that my points had expired. And with them, so did my relationship with that particular brand.