Brand offers to “go steady” with the creation of a loyalty program.

As romantics are apt to do, brand makes grand loyalty program promise.

But then, brand promises fail to meet expectations.

It’s a story that’s been repeated for as long as brands and loyalty programs have existed. Few doubt the effectiveness of loyalty programs, but there’s a dark side to them, and to the modern “loyal” customer in general.

It’s a good reminder, or more of a warning: A brand’s most loyal customers can turn into it’s loudest detractors when their trust is abused by the brand.

Last week this came to bear once again, this time with popular cosmetics retailer Sephora. Their popular points-based Beauty Insider program had a bit of a stumble, to say the least.

For weeks the program had urged members to spend more, as an “Epic Rewards” promotion loomed. Members were offered 2x, 3x, and even 4x points, in anticipation of earning enough to cash in on some awesome rewards - a trip to Paris, training sessions at Sephora’s academy, fancy wallets, $500 in makeup, expensive fragrances, handbags, and everything their members could ever want.

Fast forward a couple weeks, and the brand is sending out $50 gift codes to upset members, hoping to quell a wave of not just unrest, but outright hostility from once-loyal customers.

What happened? Well, those rewards never materialized, for the most part. Members eagerly waited for the promotion to go live on the promised day, like Black Friday shoppers ready to storm the aisles.

But by the time the crowds were let in, most of the good rewards had disappeared. Many members were turned away empty handed, scorned.

Within hours, a group of spurned members had formed a plan to return all of their recent purchases back to the store. It was the beginning of a movement, spreading across the internet and social media.

Sephora has made attempts to make things right with the gift codes. But the customers have only become more inventive in their attempts to make the brand pay - they’re now redeeming small chunks of points on small items, forcing Sephora to ship a hair clip alone one day, then an empty compact the next day.

The codes have quelled some of the vitriol, but the lesson has been learned: loyalty is something that’s earned on an everyday basis, and the people who are most passionate about loving a brand today can become its greatest detractors if they feel misled.

We’ve written about the high expectations that come with customer loyalty. Having a cache of loyal customers isn’t easy street, though it definitely costs less than constantly turning over the clientele.

If anything, the stakes are raised with loyal customers. They have high expectations from their favorite brands, and they expect to be acknowledged and respected because of their status.

That means no cheap gimmicks. Less red tape and fine print. It should be more of a true relationship - honesty and equal respect are important attributes.

Either way, with so little inventory, mass marketing to the entire program for weeks in advance probably wasn’t the best decision.

The fact is, after such a huge promotion, every member should walk away feeling like the brand recognized their efforts and loyalty. Even the smallest token of appreciation could’ve placated the crowds, who feel as if they didn’t get a return on their investments into the brand. And one of the keys of loyalty is the customer needs to feel as if they’re “winning the relationship.”

One final note: Sephora deserves credit for pushing for usage. Many points programs operate with breakage in mind, either through limiting redemption opportunities or placing redemption thresholds at impossible levels.

That’s what we called “Breakage Bad,” and they’re more likely to push customers away than generate any good will.

Sephora’s execution didn’t pan out as planned, but they got the basic idea right: loyalty programs should reward and recognize customers for spending money with a brand.

Usage is always a good idea, if a brand cares about the lifetime value of the customer. Look through our loyalty statistics - people love earning and redeeming points, and many will change where they shop in order to earn more.

Some of Sephora’s customers, who once loved the brand so dearly, will probably never come back. But there’s a good chance many of them will, after a bit of remuneration. But Sephora’s continued focus on earning and burning will help them a great deal.

That push for interaction and redemption will help members see and remember the values that once caused them to fall deeply in love with the brand. They’ll come back, and love will spring again - and next time, the program will probably correct their mistakes. 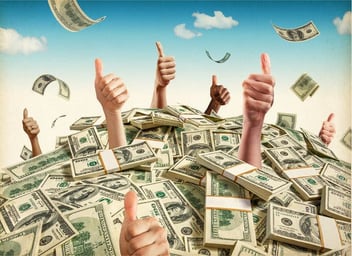 Customer Loyalty Goes Beyond the Mainstream

The business world has figured out that if you spend a buck with them, it's cheaper to earn the... There's a very good chance that if you're reading this, you stumbled over here from one of our... Are Loyalty Programs Still the Best Path to...