The Incredible Business Benefits of Gratitude 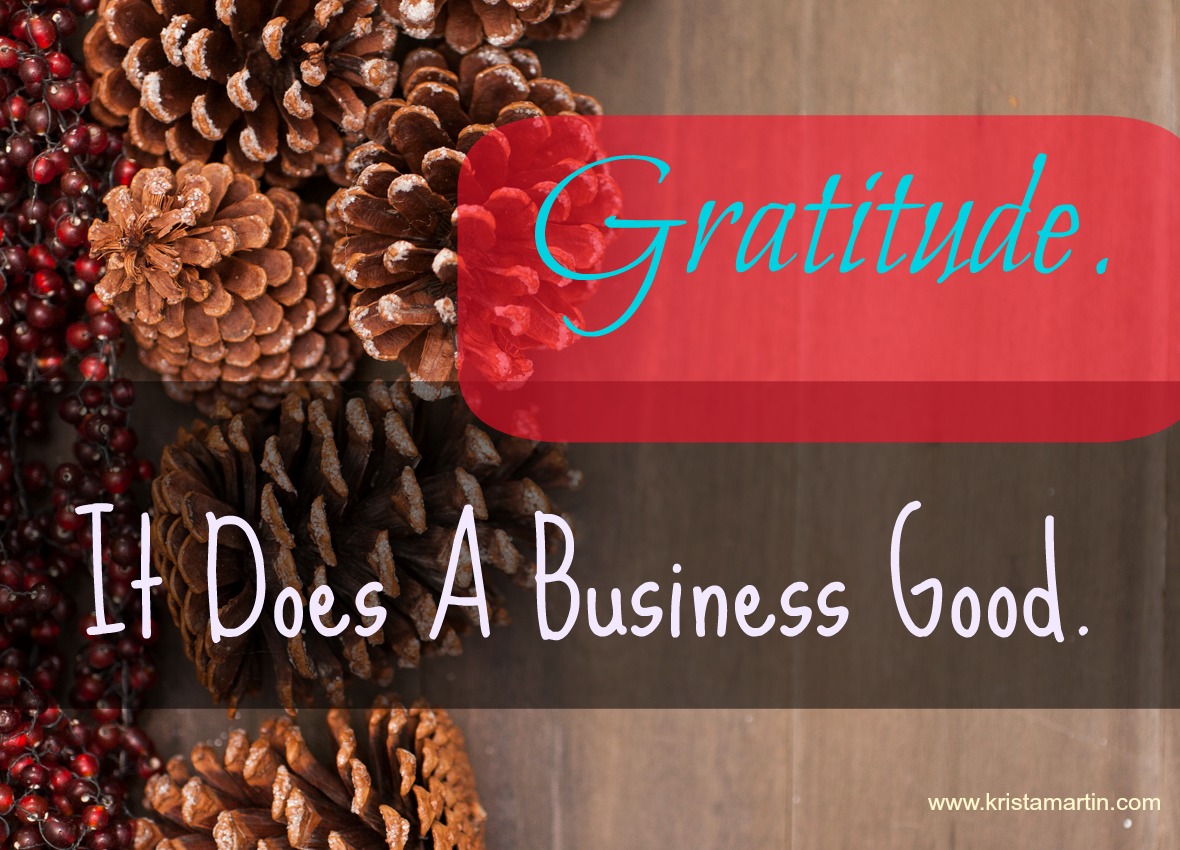 It’s funny how things always seem to come full circle. We grew up being badgered by our parents to say “please” and “thank you” until eventually it became a habit.

As a kid I vowed I wouldn’t make my own children say it, yet here I am, withholding candy until they say the “magic word.”

Saying thanks in particular is a simple, instinctive gesture for most of us. We don’t usually think about it when we say it, and the recipient may not notice it.

But let’s be honest - we notice when someone doesn’t say it.

Unless we’ve done something significant, it’s not a major deal. Just a bit of an annoyance. But it may make you reconsider helping that person the next time around.

It’s not an ego thing for most of us. We don’t expect praise for everything we do for someone. It’s just a common courtesy.

In business it goes beyond that, however. It's not just the finishing touch on a great experience, but a cultural mindset that pays off in the overall health of an organization, it's employees, and it's customer relationships.

A Brief History of "Thank You"

The origins of “thank you” go back to “think,” or “I’ll think of what you did for me.” But in other languages, such as the French merci (“I am at your mercy”) or Portuguese obrigado (“I am obliged to you”) the expression is about being in someone else’s debt.

In business, this may be the right approach. As we’ve discussed often, the purchase is only the beginning of the relationship, not the climax. We say thanks when someone makes a purchase because we want to show appreciation, and we want to continue doing what it takes to earn their business repeatedly. We’re in their debt, so to speak, until they grace us with their loyalty.

It’s a servants’ mentality, a result from a practice that goes back centuries. And while businesses don’t need to grovel, they could benefit from the constant reminder that the customers are in charge.

In the bigger picture, there are immense positive benefits from a culture of gratitude. Customers know they’re appreciated, employees are happier, everyone in the culture is less aggressive and more empathetic, even in the face of negative feedback.

The benefits of gratitude are countless - better health, better sleep, better relationships, better achievements - we’ll stop, but this blog has a nice summation of these studies and more.

As we’ve said before, customer engagement and loyalty is the ongoing summation of constant positive experiences. Mixing in gratitude into every one of those experiences will enhance the customer’s appreciation, while an absence of it will darkly stand out in their minds.

Much of the business world is moving away from gratitude, and going all in on profit at whatever cost.

Let them. Set yourself up for long term success by emphasizing appreciation.

It should be emphasized in a company’s culture, from the beginning of the hiring process, to encouraging displays of it in interoffice exchanges.

Encourage your staff to say thanks first, before a customer can say it. Teach them to look customers in the eye when they do it. It’s personal and impactful. If the rest of their experience has been positive, it’s like a cherry on top.

And no, don’t feel ashamed for betraying 9 year-old you by encouraging your own kiddos to show gratitude. They’ll be better off for life because of it.