Why Friction Isn't Always Bad for Your Customer Experience

That was my primary thought around the time I hit mile 20 in my first marathon experience.

My body ached. I hallucinated the finish line constantly, like a mirage in the desert.

I had rearranged my life for six months to train. I lost six toenails and burned through several pairs of shoes. I paid a racing company good money to enter.

I paid for this?

For the opportunity to curse at myself for four hours on what would otherwise be a relaxing Sunday?

Then, the finish line happened.

Feelings of relief, joy and accomplishment overcame me - along with a vow to never do anything like that ever again.

Fast forward a couple months, and that “never again” turned into “maybe again.” Now it's, “You know, I could probably do that again.”

Am I just forgetful?

Yes on both accounts, but there’s a bigger story to be told about customers, friction, and ownership.

The basic idea: not all friction is bad. In fact, in many cases, a little bit of helpful friction helps customers find ownership and personalization - two critical elements to long-term customer engagement and loyalty.

To Friction or Not to Friction

So many customer experience gurus are beating the drum against friction right now. A quick Google search pulls up hundreds of screeds against friction. The great Don Peppers pulls no punches:

“...before you can delight even your most loyal customers enough to turn them into the advocates you want them to be, you first need to remove every shred of friction from the customer experience.”

Another guru, Shep Hyken, describes friction as “...anything that makes doing business with someone anything other than easy.”

The idea behind eliminating friction is to make things as easy as possible for customers. Crush all speedbumps and potential roadblocks to a great experience.

Which all makes total sense. We’re big proponents of doing anything necessary to get customers to their best possible experience as soon as you can.

From that perspective, friction should of course be eliminated.

But harkening back to the marathon example, what if I didn’t have to run at all?

What if I had received a medal and shirt just for showing up? After all, I can run 26 miles on my own anytime.

The only difference is I’m rewarded when I do it in the context of a race. They’re selling the experience along with the reward, and the experience is designed around challenges and motivators that are going to make finishers feel like champions when all's said and done.

Think of it another way: what if all it took to sign up for LinkedIn was an email address?

Just put in your email address and *BAM* you got yourself an account and the landscape is yours to roam as you see fit.

This would be a great way for LinkedIn to cut out all friction and sign up tons of users.

But it wouldn’t do much to get people to that best experience, or get them to feel any ownership in their product. Their users would just be...alone.

Instead, they have some steps they really, really want people to follow when they create an account.

Users have to fill out a profile, add a picture, connect with some colleagues...it takes some time, and probably frustrates some people.

But when they’re done, they’ve got a personalized, valuable profile on the social network.

Ikea creates affordable furnishings that are famously painful to put together.

Their gear is surprisingly durable and nice. They could probably just assemble everything themselves and charge more for it and do just fine.

But part of why Ikea has stuck around for years is they know that people take greater pride in something they’ve earned. They're prouder of something they felt they built, or labored upon with their hands.

Over on the Amplitude blog, Archana Madhavan talks about how Ikea’s intentional friction leads to retention. She recounts a scientific study that pitted a group of participants asked to construct furniture versus another group that was just given pre-constructed furniture.

What the researchers found was that the people who put together a bookshelf or folded a crane were willing to pay significantly higher prices for those objects than other people. This tendency to place a higher value on those things we participate (in some way) in creating has become known as the “IKEA effect.”

We value the things we feel like we had a hand in creating. We pride ourselves in expertise, and we’re less willing to part with things we’ve made personally invaluable.

Unfortunately, that requires a little bit of friction. So what’s the difference between good friction and bad friction?

Harkening back to Shep Hyken’s definition, bad friction is anything that makes doing business with you anything other than easy. That means direct interactions like purchasing and customer service should be simple and painless.

Most of your friction will come in the early, onboarding phase of product interaction. In this case it’s used to enhance the customer’s experience in some form or fashion.

These are the three hallmarks of useful friction:

Make Sure the Friction Enhances the Experience

It goes without saying that the friction involves optimizing the customer’s experience.

Think of how Twitter forces new users to wade through a few pages of accounts you should follow. Their worst case scenario is a new user logs in, sees an empty or uninteresting timeline, and logs off. So they literally try to force people to follow friends and celebs before that first tweet is sent out.

This isn’t just the online world, either.

Think of how long you must adjust the seat and mirrors in a new car before it’s comfortable. Think of calling ahead to make reservations at a restaurant. Think of trying on clothes before you buy.

It’d be great if all of those things were done and taken care of for us, but they’re not, and each is a necessary step to a better experience.

Whatever you need people to do, make it seem as easy as possible. Don’t make it feel like work.

Going back to the LinkedIn example, the network pushes people through the profile setup process with a status bar that tells them what percentage of the task they’ve accomplished. They rate profiles with phrases like “All-Star” to help push people to provide more and more information.

Gamification works because people are wired to compete and achieve. As the CaptainUp blog states, “When the aim is achievable, it encourages us to get to this point – with no progress bar and no awareness of how far along we are, we are far likelier to give up.”Explain Your Friction

As Janet Choi describes on the Customer.io blog, it’s good to explain why you’re asking people to tackle certain hurdles. Using Pinterest’s profile customization as an example, she says “they frame this as a personalization step to ‘build a custom home feed for you.’”

Pinterest understands that the up-front friction of receiving multiple emails, filling up a custom feed with existing content, and downloading a tool to pin or save content helps activate new users. All this just to get started reduces counterproductive friction down the road.

Tell the customer why you’re asking them to take an extra step. It may not matter to some people - they’ll see an extra step and bail out. But it’ll be a simple affirmation to the people most likely to stick around for a long time.

Clearing out all friction will go a long way to getting more customers.

But remember: the goal isn’t to get your product in the person’s hands.

It’s to give them the best experience they can have with it so they’ll use it and come back for years to come.

Most friction is bad because it’s unnecessary. Like having to wade through five prompts to reach a human in customer service, it’s going to chase people away.

Heck, even good friction, like filling out a social network profile or having to lace your own new running shoes, will anger some customers.

It’s worth it, if it means the ones who push through it are more likely to stick around.

Don’t be afraid to ask your customers to take an extra step. Make it interesting or easy, and tell them why it’s for their own good.

Hopefully you won’t beat them up like a marathon beat me up.

The end result will be the same: I did what I needed to do to get the result I wanted, and while it was challenging, it made the end more fulfilling.

It’s not about the medal, but the accomplishment. It’s as much about the journey as the destination.

And now, I want to do it all again. 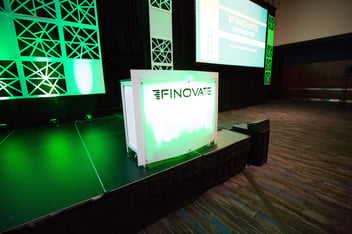 To put a nice bow on what has been a great month for Access, here is the official video from the... 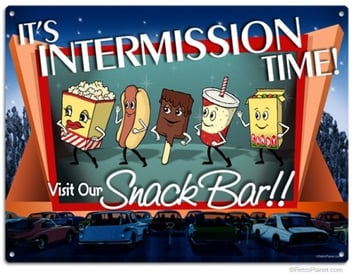 Full confession: I’m a sucker for a good upsell. Anytime the movie theater cashier asks me if I... 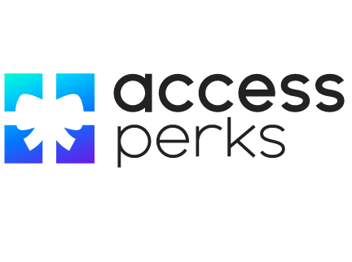 Did you know Starbucks, probably the biggest coffee brand in the world, spends more on health...