Time for LBS to Up the Value 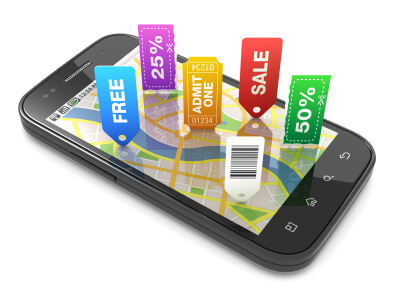 From 2009 until about a month ago, everybody knew where I was. Or anybody who might be interested. I was intensely devoted to location-based services. I started with Foursquare, then connected with Gowalla. Eventually I would mix in Facebook and Google while dabbling with Loopt and SCVNGR.

I checked in everywhere except my home. Gas stations, arenas, restaurants, playgrounds, everywhere I went (often with my four year-old in tow, hence the playgrounds). I built a network of hundreds of friends, and earned a boatload of badges and titles.

Then one day, I was just done.

I was tired of pulling my phone out every time I got out of the car. I was tired of worrying about my "titles." I realized my friends on these services were the same ones I had on Twitter and Facebook, and what they were doing really wasn’t that interesting, just like what I was doing.

It dawned on me that I had nothing to show from the hours I had spent checking in, reporting duplicate venues, editing misspelled venue titles and spamming my friends with my check-ins. The closest I came to real value was free chips and salsa and a free cheesecake chimichanga from a taco joint.

The point is, badges and titles can pull someone in for a bit, but for me it’s not enough long term. I love gamification to a point, and maintaining mayorship is cool for a while, but for sustained, relevant, long-term engagement (not to mention mass adoption), the value has to be real. Like it or not, users want to be rewarded for taking their phones out, spending 30 seconds loading the app, checking in and telling the world where they’re spending their money. It needs to impact my life in a real way.

I'm not the only one that's walking away. Even still, the services have experienced phenomenal growth in the past year, with many of them gaining millions of users. To keep them the burden of checking in needs to turn into an opportunity to gain value.

I want to open an LBS app and see deals galore, and even better deals for places I check-in to on a regular basis. I want to be able to brag about the free lunch I got for my 20th check-in to the sandwich shop down the road.

As someone who works in a company that has over 250,000 merchant relationships, I also want to see really quality deals that move the dial for them. Giving one deal to the mayor does not make a loyalty program, and giving everyone who checks in 20% off could be a profit killer. The problem is the LBS networks only skin in the game is usage, not creating a great productive channel for the merchant.

All of this just means these networks need to get serious about enriching the merchant-user value proposition. LBS has a tremendous opportunity to become the great connector of mobile consumers and merchants. Social commerce matchmakers, if you will.

But until these networks hit some sort of critical mass with merchants embracing them to engage customers, good luck finding me.