Why No One is Using Your Discount Program (Hint: It Isn't Built for Them) Discount programs are a great option for member benefits, customer incentives, even fundraisers – as much as 90% of the population uses coupons! It’s a no-brainer, right?

Go beyond the surface, however, and you’ll see that many of these programs fall flat with their members. The excitement of membership in these programs wears off quickly for many folks, and they never return after one or two initial visits.

Most discount programs aren’t built with the end-user in mind. They’re chock full of online-only affiliate deals (which are already accessible to the general public with a simple search) that earn the provider small kickbacks on each transaction, and content repurposed from daily deal sites and other aggregators. Usually, the only in-store offers are concentrated in just the largest metropolitan areas.

This type of discount content is popular because it requires little to no merchant relations staff to acquire and maintain, and many of the deals drive small increments of kickback revenue to the discount program.

In other words, they’re not built based on consumer spending habits and patterns. Consider the following:

Because building and maintaining a discount network is difficult. It requires a team of professionals working around the clock to build relationships with merchants (who typically barely have time to pick up the phone). It also requires close attention to the constantly shifting landscape of consumer spending.

Rest assured, it’s worth it. Discount program usage (a.k.a. people redeeming coupons) results in higher client engagement every time. Usage comes as a result of relevance and value – two areas that most discount providers can’t be bothered with.

Relevant discount programs work because they create effective engagement, which leans to loyalty. Learn about how this happens and more in our free eBook on Earning Engagement: 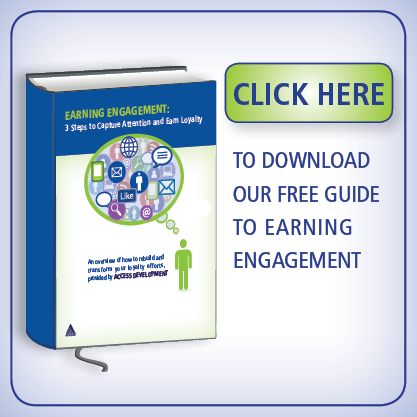