A Look at How the Modern Consumer Spends Their Money (Infographic)

There's a scene in the new HBO comedy series Silicon Valley where a number of startups are trying to explain their approaches to Social, Local, and Mobile using a thousand variations on the popular "SoLoMo" mashup word. "LoMoSo," "MoLoSo," "SoMoLo," and "LoSoMo" were a few of those mentioned as these (fictional) companies are trying incredibly hard to stand out from a very crowded field trying to capitalize on new consumer trends.

It's a hilarious sendup of a very real movement. Everyone wants to get in front of consumers in the ongoing digital revolution. It's a tough job, what with a still-sagging economy and stagnant wages hindering well-informed and scrupulous spenders, who only have flexibility with about 36% of their income. Good luck.

The brands who will win - and by "win" we mean capture frequent engagement and spending - will be the ones most able to capitalize on the where, how, and why people buy.

To that end, we put together an infographic highlighting some of the new developments in consumer spending, what's changing and what isn't, and how saving money is still king. To learn even more about engaging the modern consumer, download our free eBook today.

What Consumers Want From Brands This Holiday...

Are we heading into the most competitive holiday shopping season ever? We know last year was a...

Why No One is Using Your Discount Program (Hint:...

Discount programs are a great option for member benefits, customer incentives, even fundraisers –... 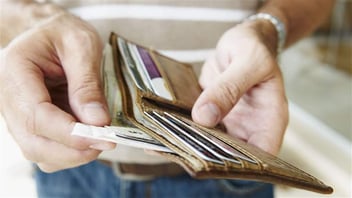 What You Need to Know About Crunched Consumers...

A few weeks back we published this simple infographic on some spending trends among consumers. We...