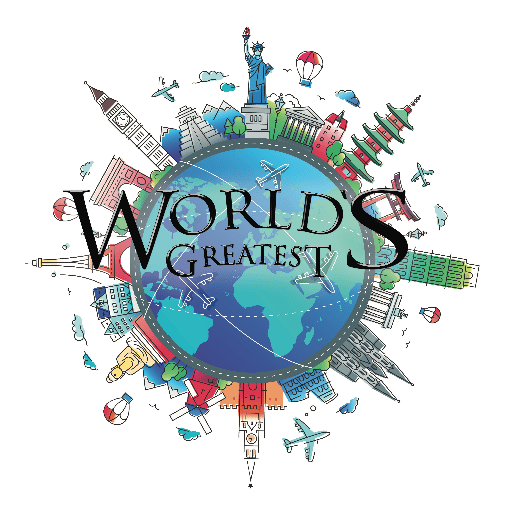 If you work in customer/member retention, at some point you've asked yourself in desperation, "What in the &#%@ do these people want?"

Some days it feels like nothing works, despite all your greatest efforts.

Sometimes it's a matter of having that little somethin' extra.

People that turn into loyalists often do so for reasons that have little to do with the product or service purchased.

They connect with the brand on a personal level. Or, the brand offers them something others don't.

I'm going to throw out five broad strategies you can adopt to build better customer engagement and loyalty.

But first, let's put this need in context.

Last week Brand Keys released the results of their annual brand loyalty survey. In total, many of the brands on the list are the same as they have been in recent years, but what is rapidly changing is the temperament of consumers.

In 2014, consumer expectations rose by 30%, at the time the highest in 20 years. Consumers reported brands' ability to meet those expectations improved by 4%.

In 2015, expectations jumped another 28%. Brands mustered a 7% improvement to match.

This year, the number jumped up 23%, while the brands dipped to 4%.

Consumers' expectations of brands have jumped by 99% over the past four years. Brands' ability to meet those demands has increased by just 23%.

Why is there such a drastic gap between what consumers want and what brands actually give them?

What in the wide world of sports do these people want?!

The answer is more than a transaction.

Most people say this is where emotional engagement comes in. They're right, but there are many paths you can take to forge emotional connections with their customers and members.

Take a look, and see if there's one your brand can emulate for your own engagement and loyalty efforts.


Take the goals and causes that matter to your ideal customers and position your company square in the middle of them. Act like them, look like them, talk like them.

Lead them, if you can.

Harley Davidson doesn't make the world's greatest motorcycles, but they have the most dedicated niche of any brand in the world.

If you're not in that niche, they're not very interested in you.

A key aspect of being a tribal leader is sometimes taking stances that might alienate those outside your tribe.

Apple's current crest of popularity was spurred by the popular "I'm a Mac/I'm a PC" ad campaign of the early aughts. The lines between PC and Mac users were already drawn. This campaign was Apple digging that trench even deeper.

Ben & Jerry's is politically active, even though it turns off a big chunk of their potential customer base. Somehow they've survived and thrived for nearly 40 years.

The tribal leader reflects and supports the views of the tribe, even if it limits their earning potential. If done correctly, any losses will be offset by the devotion of the tribe.

These are the companies that try to greet customers by name. The ones that allow customer service reps to offer discounts to help find a resolution to issues. This boils down to employees being brand ambassadors and assuming the customer is (almost) always right.

If you've ever been to one of the Walt Disney theme parks, you've noticed a controlled, personalized experience from the moment you get off the plane. They seem to know your name. If you bring a kid on his or her birthday, there somehow seems to be a live phone call from Goofy (or another character) somewhere in the park.

You might also recognize this from Chick-Fil-A, whose employees specifically say, "My pleasure" when you thank them. They're so polite it almost makes you feel guilty. But it works.

Rebels take what the industry leader is doing, then do a 180.

Southwest Airlines mocks the state of customer service in the airline industry. They're a value airline, which helps, but they've built their brand on doing the things other airlines won't do, like free checked luggage.

Carmax's brand is being the antithesis of the typical car buying experience. They've eliminated the parts of car buying that people hate. As a result, you probably know someone who says they'll only buy their cars from Carmax.

Trader Joe's has managed to go against what most people expect from an organic, whole food retailer. Their quality is good but affordable. 99% of the items they sell are from their own brands. And their marketing is driven largely by a printed newsletter with few graphics and 2,000 words.

Steady Hands have a standard experience that is rigidly enforced. The experience is always positive, sometimes incredible, and consistent every time.

McDonalds doesn't have the greatest burgers on the planet. But you know precisely what you're getting, whether it's in the heart of NYC or a tiny town in southern Utah. As a result, it becomes the default place for many people, especially those with finicky children.

Toyota makes vehicles that are steady and consistent. They're not high luxury or sports cars, but they'll run well for a long time if you take care of basic maintenance. And that's the brand Toyota has maintained for years with little variance.

Value Adders are companies that people buy from for the extras, moreso than the core product. These are your membership associations, subscription services, and even some brick-and-mortar businesses.

Think of AARP. Their primary service is representation and advocacy on behalf of seniors. Which is valuable, but most of their members aren't sending them $16 checks for that. It's the member benefits that keeps them engaging - the discount program, the magazine, the healthcare access.

Amazon Prime is another example. Prime members are buying a full package, but for many it's the benefits that keep them active - music, videos, free Kindle books, and so on.

A brick-and-mortar example is Starbucks. Clearly they sell coffee, but they brand themselves as the third place for people to congregate. You can buy coffee cheaper and quicker at dozens of convenience stores. You can probably have a cup for free at your office. Starbucks offers something different, and people are willing to pay for that.

As always, this is where we add the disclaimer that there is no secret formula for engagement and loyalty. You wouldn't be here reading this if there were.

But you can give yourself a fighting chance to earn it by placing a strategic bet. Instead of trying to be everything to everyone, pick a concept and own it.

Pick a tribe and adhere to their values. Do a complete 180 from what the market leaders do.

As careful observers of the customer loyalty space, we get a bit excited about the annual 2014... Why the Gap Between Consumer Expectations and...

It’s a tough world out there for brands. Consumers can be really mean to brands, sometimes even... The Connection Between Customer Loyalty and...

The gap between what consumers expect and what brands are delivering is widening. Stop us if you’ve...