Earlier this month we produced a short survey on what loyalty-building plans people had in store for 2016. Our goal was simply to see what kind of gameplans are being taken by those of us tasked with retention and loyalty.

We weren’t trying to be scientific, or come up with some extensive data set from which we could proclaim some amazing breakthrough that would result in an obnoxious press release claiming we had found the Secret to the Fountain of Loyalty™. Although owning a trademark on the Fountain of Loyalty would be kind of cool.

Nah, we just wanted to see what kinds of tactics and budgets loyalty professionals are working with in 2016. After spending a few weeks gathering responses (sorry for folks who tried to view it on their smartphones), we’re glad to report on three clear takeaways:

A quarter of our respondents have no dedicated customer retention budget. While our data sample isn't quite big enough to declare this a common trend, this lack of resources is likely more the norm than the outlier. Companies can justify this by pointing out investments into products and services, but it's a clear indicator that advertising and new biz development still hold a dominant position over retention.

An offshoot of this lack of resources is a heavy reliance on social media. 65% of our respondents cited social media engagement as a tactic they’re deploying in 2016. Social media requires a lot of hands-on maintenance, but it can be executed without a huge budget. 100% of those who cited social as a tactic, Facebook and Twitter were the top channels, and only a third are pursuing a YouTube strategy.

But are we able to make the most use out of them? Less than half of those who claimed a mobile app also planned to use location-based messaging. Beacon technology is expected to take off this year, with tons of mobile coupons to be delivered and sales alerts sent out to people based on real-time proximity.

One thing at a time though, right?

The bigger question now becomes exactly how those apps can be most effective. What’s the value they add? Where’s the basic utility that makes an app more than a simple promotional engine? This may be an area we devote more space to in our next survey - but in the meantime, here’s one key feature that can help make the difference between an app that’s beloved and one that’s deleted.

Finally, one trend that surprised was a reliance on incentives and rewards. 50% of our respondents cited incentives as an engagement tactic on the board in 2016. While still a tool primarily utilized in acquisition, the right carrot for the right customer can be very effective at deepening a relationship.

It doesn’t just have to be a “carrot” either. Half of those who planned to use incentives programs are also rolling out “surprise and delight” gifts as well.

Not coincidentally, none of the organizations without dedicated loyalty budgets planned to use incentives and rewards this year. If it helps, here are 40 free and inexpensive customer appreciation ideas.

As usual, loyalty marketers have their work cut out for them. Most companies still see us as secondary to new business development, and it shows in our budgets and fairly limited tactics. But we’ve become very agile and targeted, and are focusing only on what brings in the most frequent engagement.

Point in case: Less than a third of respondents are going to be using points/miles accrual this year, but 80% are sticking with a sturdy, proven tool: email.

Our many thanks to all who responded and shared their plans. Here’s to a year of growth in both your engagement and loyalty! 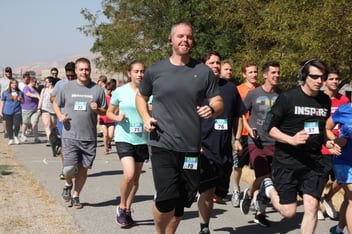 Access turned 30 this year.  If we were embodied in an individual, we might have spent this year... Thirty years of continuous business in the loyalty and engagement world has taught us this:... 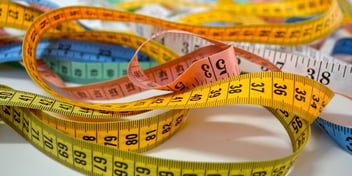 There’s a lot of ongoing discussion about the idea of measuring customer loyalty. It’s a worthy...